You are in ministry. You have given your life for the call of God. That means doing things like staying up late at night with strangers because they need to talk; maybe missing a meal with the family because a parishioner is in need. It means getting a late night call and running out to be with the family of someone who was just in an accident. It means surprise guests for dinner; driving someone to the next town because they have no other way there. It means sometimes spending your family’s budget more on the ministry then on your family. It means you probably drive a used car and live in a house where you have no say as to what color it is or where it is located.
Well, that is ministry in the “traditional sense.” You know, the one where it is just understood that the Pastor is the only one who can tell someone about Jesus because, after all, he has the degree and gets the pay check.
Often times in ministry, whether in the “traditional sense” or not, those of us who tell others about Jesus have felt like, “Why should I even keep doing this? I am not appreciated; and I am not doing any good?” We are the unmentioned in the Bible; you know, the kind who do what they are supposed to do but never really see great things happen in their ministry, like thousands coming to hear them speak! No, we are that rural pastor in the town of two hundred, faithfully serving His community and church of twenty souls.  We are the faithful turtle in the Tortoise and the Hare story; just plugging along, maybe working a secular job simply to make ends meet. Why? – Because of our passion for Christ and desire to serve Him. We wait and listen for that still small voice so we can do what God has called us to do, to be some instrument of His will.
Recently, I was reading the story of Saul’s conversion and something jumped out at me I had never noticed before and it got me thinking…..
Acts 9:10-16 New International Version (NIV)
10 In Damascus there was a disciple named Ananias. The Lord called to him in a vision, “Ananias!”  “Yes, Lord,” he answered.
11 The Lord told him, “Go to the house of Judas on Straight Street and ask for a man from Tarsus named Saul, for he is praying. 12 In a vision he has seen a man named Ananias come and place his hands on him to restore his sight.”
13 “Lord,” Ananias answered, “I have heard many reports about this man and all the harm he has done to your holy people in Jerusalem. 14 And he has come here with authority from the chief priests to arrest all who call on your name.”
15 But the Lord said to Ananias, “Go! This man is my chosen instrument to proclaim my name to the Gentiles and their kings and to the people of Israel. 16 I will show him how much he must suffer for my name.”

When people read this story, their focus usually is on Saul, but today let’s looks at the other main character in this story:  Ananias. Not much is said about Ananias. In fact only this and one other verse comments on him in the whole bible 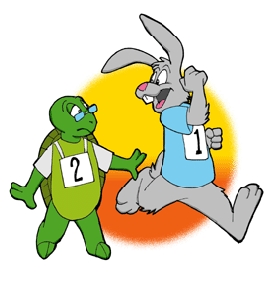 .
Acts 22:12-16 New King James Version (NKJV)
12 “Then a certain Ananias, a devout man according to the law, having a good testimony with all the Jews who dwelt there, 13 came to me; and he stood and said to me, ‘Brother Saul, receive your sight.’ And at that same hour I looked up at him. 14 Then he said, ‘The God of our fathers has chosen you that you should know His will, and see the Just One, and hear the voice of His mouth. 15 For you will be His witness to all men of what you have seen and heard. 16 And now why are you waiting? Arise and be baptized, and wash away your sins, calling on the name of the Lord.’

Perhaps Ananias was a faithful pastor or maybe just an ordinary follower of Christ, giving his best to God every day. Probably feeling like he wasn’t making a huge difference in his community. Possibly feeling some days, like “What’s the use? I am not making a difference.” It is very possible he never really knew, in this life, the impact his obedience to God had when he went and prayed for Saul. Little did he realize what Saul would go on to do and the tremendous impact Saul would have on the world. I seriously doubt that Ananias ever thought Saul would write almost two thirds of the New Testament when he spoke the words, “The God of our fathers has chosen you that you should know . . . For you will be His witness to all men of what you have seen and heard . . .” I am pretty sure Ananias was only considering the healing that had just taken place in Saul’s body and had no idea of the magnitude of what this guy, who was later called Paul, would do for God.  Little did he know that the Bible, which Paul was a huge part of writing, would still be being sold over 2000 years later. WOW! Talk about IMPACT! So many times we get focused on the “here and now” and forget that God’s vision is so much bigger than the “here and now!”  His thoughts are eternal!
I don’t know what you are feeling today, but you need to know that, as long as you are following what God has called you to do, you are not a failure and you have no idea of what impact you are making on those around you. We don’t know who the “Paul” may be, in your life. So don’t be disheartened; don’t give up; never quit! Just trust in God. Continue to do what He has called you to do. You may feel like the tortoise in this race of life, but remember: in the end, the tortoise wins!